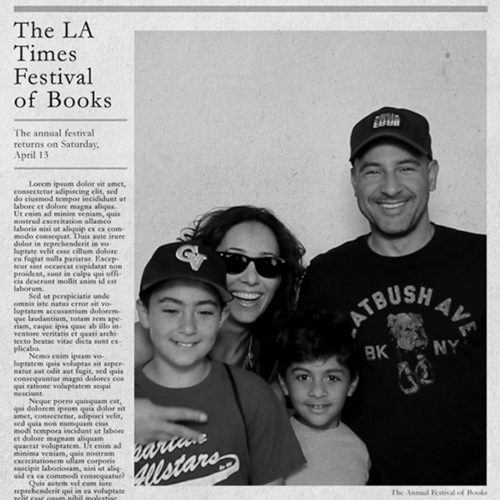 Big-picture person. Our go-to for framing a story. Loves working with reporters.

Naush learned early on to develop a philosophy that she lives by, which is to get it done and get it done well. That’s all.

Naush started out as a reporter first, covering California education for seven years at The Los Angeles Daily News, and focusing her last three years on education for The Los Angeles Unified School District in particular. Through her work, she provoked positive educational reform by calling out elected officials when they engaged in rhetoric rather than action. While leading the education coverage at the Daily News, she helped give the newspaper a strong editorial voice by developing stories on the booming charter movement as well as reporting on the academic and policy struggles of the school district. She covered the then-Los Angeles Mayor Antonio Villaraigosa’s efforts to gain a greater role in the school district and highlighted the many reform efforts proposed at the Los Angeles Unified School District.

Naush was also a reporter for The New York Daily News, The New York Observer and City Limits, a New York City-based public policy magazine. It was in New York that Naush learned what has become her mantra as a top communications professional, “There’s always a story. You just have to find it.”

Naush came to us early on, with a deep understanding of the workings of the newsroom and a knack for how to frame an issue to get organizations the right type of exposure. Naush brings 15 years of experience in journalism, public relations and strategic communications planning to her work. She also specializes in media relations, crisis management and messaging with a deep focus on education reform.

Naush’s strategic instincts and her knowledge in framing a story have helped public schools, charter school organizations, foundations and education policy groups develop and achieve their communications goals, and she’s spearheaded several crisis efforts for organizations across the country. She has achieved prominent media coverage for her clients in The Wall Street Journal, Good Morning America, La Opinión, The Huffington Post, Education Week, The Los Angeles Times, National Public Radio, as well as countless other local and national broadcast outlets.

For Naush, integrity comes first – both in the way she operates and with the organizations she represents. Naush is fulfilled by organizations who know how invested she is in their work and how she functions as a part of their team. Organizations come to her knowing she understands the newsroom, has a knack for how to frame an issue to get organizations the right type of exposure, and a strong grasp of the national media environment. Education leaders have full confidence in her ability to help them navigate through thorny issues and know that it’s rare to find an individual that is better at media relations and placing positive stories that matter.

Naush considers her Kindle the best value-per-dollar purchase she’s ever made. Her non-work time revolves around her lovely husband and two boys, friends and family. According to Naush, “It’s all kind of very simple. I tell myself every day, I’m a lucky girl.”

Naush has a B.A. from UCLA in English, with a concentration in Public Policy and an M.A. from NYU in Journalism.