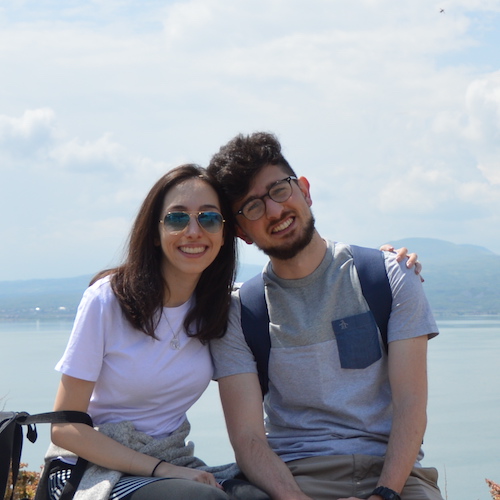 In high school, Kevork served as editor of his school newspaper, class president and liaison to City Hall. Inspired by Ken Robinson’s TED Talk “Do Schools Kill Creativity?”, Kevork ran for a seat on his local school board on a platform of reviving empathy in education. His platform emphasized the need to personalize education and create a collaborative and creative learning environment. At age 18, he became the youngest to run for a seat on the school board.

Throughout college, Kevork was a freelance reporter covering education and politics in his community. Kevork’s first job after college was as a City Hall reporter for a weekly newspaper in a Los Angeles suburb. He left journalism to help bridge the communication gap between the public and local government as a public information assistant at the City of Glendale. It was at this time, observing his younger siblings’ progress through their education, he began to realize that the work he started in education as a school board candidate remained unfinished.

Kevork started in communications as a page designer for his middle school newspaper. He’s keenly interested in storytelling that occurs at the nexus between visual and auditory media and written and verbal communication. Kevork brings a designer’s eye to his work on digital, print and social media.

As the son of immigrants to the United States, Kevork understands that each day offers a golden opportunity to build a brighter future for the next generation. Every morning he reads the words of Jimmy Stewart’s character in Mr. Smith Goes to Washington: “Always try to see life around you, as if you’d just come out of a tunnel.”

Kevork loves to read books, listen to podcasts about politics, current events and new research, and play board games (especially Settlers of Catan and games that don’t eliminate any players). He also enjoys spending quality time with his family and friends.