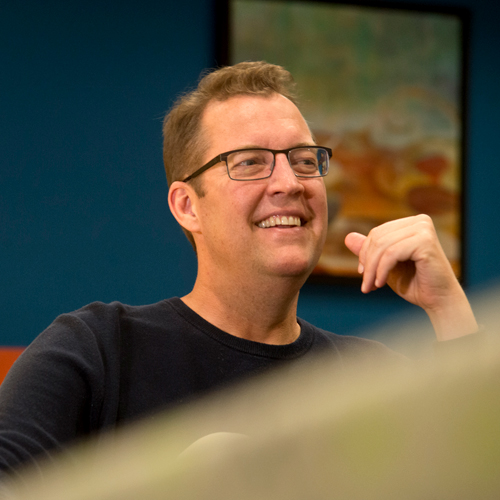 Best in the biz. Great at condensing a point. Award winning swimmer.

Gary learned the importance of telling a great story very early on. As the child of a second-grade public school teacher and the third of four boys, Gary learned quickly the art of strategic communications. Growing up, reframing a story wasn’t just about being proven right with his brothers – it was about sheer survival. It seems there is no age limit on great storytelling and how it can inform and create change.

Gary hit the ground running back in 2000 when he voluntarily and successfully spearheaded a cause to organize parents’ efforts to save their local, high-quality charter school from revocation. This battle was prominently covered in statewide media, as well as The Wall Street Journal, The San Francisco Chronicle, BusinessWeek and The Economist.

After garnering this national attention, Gary was recruited as the nation’s first head of communications for a state’s charter schools association in California at a time when charter schools had a tarnished brand, defined by its worst schools. By shining the spotlight on quality, Gary changed that perception into a positive one, proactively shaping the charter environment in California with support for charter schools increasing dramatically and enrollment more than doubling.

At this time, Gary also led the public fight against the California legislature’s Assembly Speaker, who held up $18 million in facilities funding which threatened charter schools serving California’s neediest students. After a barrage of news stories, opponents backed down and the governor signed legislation to preserve the program. This program has expanded, providing millions of dollars in additional facilities resources to California’s charters.

Seasoned in storytelling, strategic positioning and crisis management, Gary has led a team for over 10 years advising leading quality-focused education reform organizations in over 20 states on telling their positive stories. Their work has been regularly covered by The Wall Street Journal, Good Morning America, The New York Times, The Washington Post, The Chicago Tribune and USA Today, among others. This effort has helped public support for quality, reform-minded causes grow. Gary is considered one of the nation’s leading education reform communications professionals, and regularly advises some of the nation’s top reform-minded school leaders and organizations on how to tell their stories to the broadest audiences possible.

Gary is driven by the core belief that if all children and their families have access to quality schools and programs of all types, that this will inspire the broader school system to improve. Gary founded the organization with the desire to have impact on the broader educational system as the leading communications firm in the nation specializing in public education reform.

A former collegiate swimmer and water polo player, Gary often spends his free time training in the pool in San Francisco or in the much warmer oceans of Southern California. Gary enjoys spending time outdoors hiking in the Bay Area and loves a good glass of red wine. Gary also spends his time volunteering with the San Francisco Guardsmen, a local charity that raises money to send low-income kids to summer camp, and provide scholarships for under-served students to attend top private schools in the Bay Area.

Gary earned his bachelor’s degree in political science and communications and a master’s degree in public administration from the University of Southern California.